Attorney Sheppard began his legal career by working as a Summer Law Clerk at the Massillon, Ohio Prosecutor’s Office for two summers. During the time he was preparing to take the Ohio Bar Exam, he worked as a Law Clerk for a boutique estate planning law office in Boardman, Ohio. After one year of serving as Director of Advanced Planning for a prestigious wealth management firm in Perrysburg, Ohio, Kenneth started Sheppard Law Offices in 2005 as a tax and bankruptcy attorney law practice in Columbus, Ohio.

Ken opened the law firm of Sheppard Law Offices, Co., L.P.A. as a sole shareholder in 2005. He focuses his law practice on bankruptcy, taxation, as well as estate planning and probate matters. 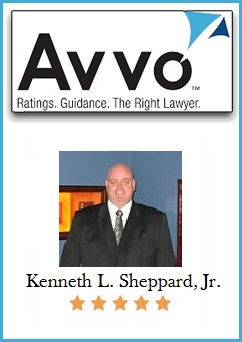 Relieve Strain and Struggle of Your Financial Situation

At Sheppard Law Offices we look forward to helping you relieve the strain and struggles of your financial situation, whether you need a bankruptcy lawyer or a tax attorney. We offer FREE initial consultations. Contact Sheppard Law Offices to discuss your specific tax or general debt situation at (614) 523-3106. For your convenience we have bankruptcy and tax law offices in Hilliard (Columbus), Newark, Mount Vernon, Akron and Canton Ohio.