How an IRS Tax Audit Works

There are few things that instill more fear in Americans than an IRS Tax audit. Fortunately, audits aren’t as bad as they’re made out to be. An income tax audit is an investigation of a submitted tax return. During an audit, an IRS examiner goes through your tax return line by line to determine the accuracy and legitimacy of your submitted return. If something is missing, unusual, or sticks out, you will be asked to explain it. While audits are no small matter, they can be handled. If you’ve been the recipient of an Audit Notice, don’t panic. The experienced tax attorneys at Sheppard Law Offices can help.

The tax professionals at Sheppard Law Offices can make the entire audit process easier. During an audit, a Tax Examiner reviews and substantiates the correctness of the entries on the tax return items such as the income and the deductions. An audit typically takes 2-3 months to complete, with multiple communications between the Tax Examiner and the person being audited. At Sheppard, we help by communicating with the Tax Examiner on the taxpayer’s behalf. Once the Examiner has completed their findings, the taxpayer has 30 days to either accept or reject the results. If they accept them, they pay any penalties and discrepancies that have been uncovered. However, there is also the option to reject the findings. To do so, the taxpayer and Sheppard Law Offices reject the findings with the examiner and their supervisor. This rejection means that we are protesting the deficiency recorded, and appealing it internally at the IRS.

This appeal is critical to ensuring a positive outcome for the taxpayer. If we are unable to come to a resolution on the deficiency amount, the IRS will issue a Notice of Deficiency. This notice is a legal determination by the IRS detailing a taxpayer’s tax deficiency. It is an official claim that the taxpayer in question owes the government additional income tax. This additional income tax often includes interest and additional penalties. The Notice of Deficiency gives the taxpayer 90 days to challenge the final findings.

In a challenge to the Notice of Deficiency, a taxpayer can challenge the final findings by petitioning the Tax Court, and possibly even pursue additional appeals. The reasoning behind this is to reach an agreement so that a final assessment can be made. Once the Tax Court has made a final decision, the taxpayer needs to determine how they can pay for their incurred deficiencies. There are several payment options available, from an Installment agreement to an Offer in Compromise, as you approach the next phase — Collection. At Sheppard Law Offices, we can help you determine the right path to take. Whether you’re about to be audited, or are going through the process and need assistance, our tax professionals can help. 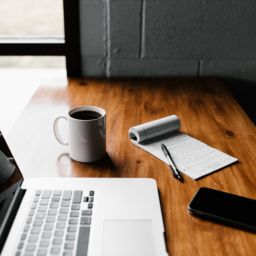 How to Write Off a Home Office in Ohio

Working from home has become more and more commonplace in business. With video chatting, screen sharing and call in conference… 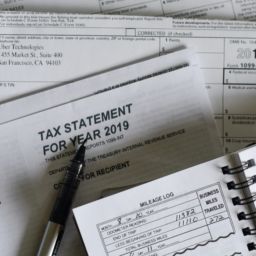 What Does Ohio’s New Tax Deadline Mean for You?

The COVID-19 outbreak is affecting every aspect of daily life, from children going to school remotely, to enforceable social distancing…

What Is The Role Of A Tax Attorney?

Starting a new business is a challenge. In addition to the late nights and long hours, business owners need to… 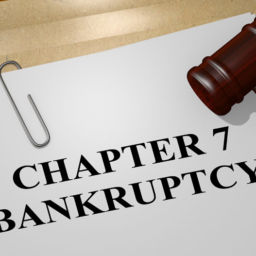 Does Chapter 7 Bankruptcy Wipe Out All Debt?

Are you being held down by debt? Wouldn’t it be nice if there was a restart button, something you could…